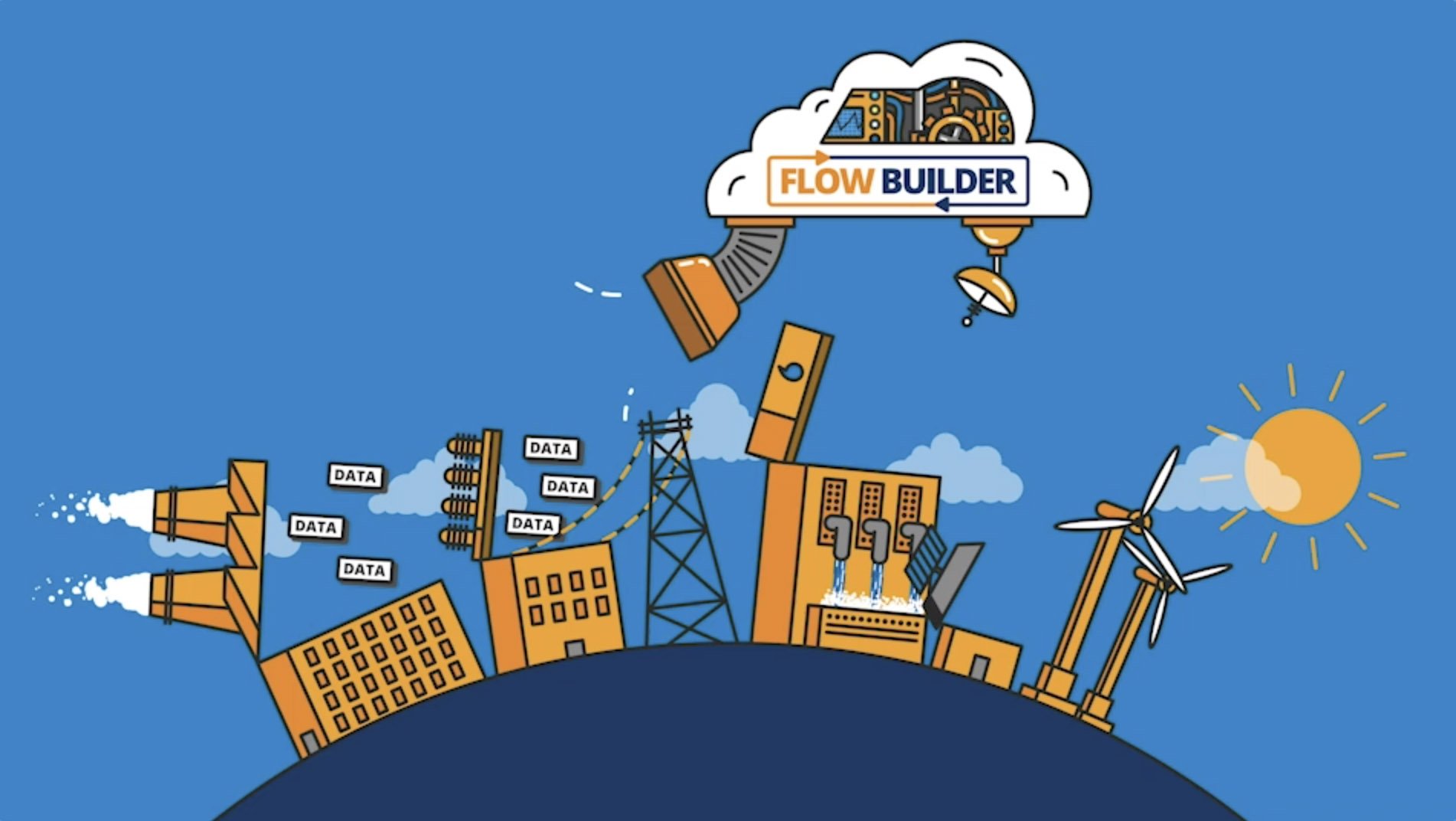 Within this article we have put together 10 key points to consider when planning having an explainer video created. We have borne this down into the following 10 areas;

Establish purpose of the explainer video

An obvious first step perhaps but an important one. All the steps that flow this rely on why you want the explainer video in the first place. Is the explainer video being created to be used as a marketing tool to get more enquiries or visitors to your website. Or is it to be used within a website to help explain or summarise important information. Or possibly it is a how to explainer style video, that shows how to make use of your product or service.

Once you have established the purpose of the explainer video and how you intend on using it, writing a script and working out which points to cover will be much clearer.

Once you know what you need the video to achieve, we suggest writing down 5 key points that you want to cover in the explainer video. One of the biggest challenges for anyone writing an explainer video script is to keep it on-point and not try to include too much or deviate from the main points. A focused explainer video will be more engaging and memorable as you can go into more detail and take your time describing the feature. If you attempt to cover too many points, the explainer video becomes diluted and often disjointed.

If you have a lot to say, you should consider creating multiple explainer videos, this has 2 main benefits. One is that you can focus on one item at a time, the second benefit is that you are effectively creating more content, that can be used socially or within the website. Which is never a bad thing in terms of SEO and engagement with your audience.

Once you have established 5 key points, you need to prioritise these and decide how much needs to said about each point. If you start to realise that you are wiring too much and too much detail is going into the script, one of two things needs to happen. Either points have to be removed or you need to say less.

In our experience, keeping an explainer video concise and focused around only a few points is far more engaging, and ultimately better value for money. If you try to cram too much into one explainer video, you run the risk of losing the audience attention and not making your point clear at all.

As with most explainer videos, in simple terms there is a beginning a middle and an end. Typically we would recommend starting the video with the challenges being faced by your viewer, then the middle part of the explainer video can demonstrate how these challenges can be resolved. Then finally the solution and call to action.

Using this approach within your explainer video, will ensure you emphasis with your viewer, it makes the video more relatable, rather than hitting them with features without first demonstrating you understand the challenges they face.

On the odd occasion, the explainer video can skip the challenges and intermix these with the benefits, so the script would be more along the lines of challenge, solution, challenge, solution and so on. Jumping backwards and forward like this is possible but you need to be mindful that the video doesn’t become too repetitive, as quite often you will cover the same points over and again.

Script wiring is an art within it’s own right, but in basic terms you would carry enough knowledge about your product or service to know what needs to be said within the video. It is always best to try and breakdown each scene as best you can. For example if you are looking to create an approximate 1 minute explainer video, then look to have no more than 10 lines of dialogue. You would be looking at around no more than 140 words in total, so you want to make sure every word counts.

It is best to avoid trying to be too clever at the early stage of script writing. Remind yourself to focus on the key points you established earlier and keep reading the script back to your self out loud and time it. You will be surprised how often we are given a script of an explainer video they have asked to be 1 minute long but the script is clearly over 2 minutes!

Once you have the script to a stage you are happy, this is when you can present this to a studio like us for creative feedback. In some cases we may suggest a few tweaks to help the video flow, and work with you to ensure the script gets across the points you wish to make. You should always be open to constructive criticism and not be too stuck on your initial script. Trusting creatives like us who have years of experience in creating explainer videos, means we can spot areas of a script that are perhaps not as clear as they could be or restrict us creatively.

This part of the explainer video process is very collaborative and is an important stage to finally agree upon an approve script prior to creating a visual storyboard.

This is where creative studios like us really come into the own and earn their keep. Much like script wiring good visual storyboard skills are essential to make sure your script is interpreted visually in the correct way. Taking a line of dialogue and making this into a scene requires a huge amount of creative skill to get right, and this tends to be where the men ares exerted form the boys. Storyboard wiring is often overlooked, especially by those individuals offering to create explainer videos for ridiculously low amounts, $5 on Fiverr I believe.

This suggest they are giving no thought or consideration at all for what you want the video to say, and will most likely be using clipart and not really tie in with your brand or even match your audiences expectations.

So the visual storyboard is a crucial part of the process. It is also the best time to make changes, so any tweaks or amends should be done at this stage. If you over look something or decide ‘I’m sure it’s fine’ – making any changes once artwork and animation has been done is most likely going to carry a much heavier cost to put right.

So send your time on the storyboard, get it right, make sure you understand how the visuals tie in with the dialogue before finally approving.

Concepts to establish the art style of your explainer video are often done alongside the visual storyboard. It is always good to look around at other videos and gather the together so you can show what you like and don’t like. This will help speed up the production process.

Depending on your chosen budget and style of art, we would set to work creating rough drawings and ideas. This stage is also very collaborative and we would expect your feedback on the art crated. Any changes and development of ideas can be bounced around until we finally settle upon a agreed art style.

Much like concepts, the animation style for your explainer video follows a similar route. It is good to gather example of videos you like so we can gauge the level of animation you are likely to expect. Then balancing this with your budget we would carry out a sample scene to demonstrate the level of animation prior to proceeding with the bulk of the video

At this stage we would not normally expect any major changes, but are usually happy to carry out any minor tweaks to ensure every is 100% happy with the explainer video.

Once you have approved the animation, any final touches such as music and sound effects would be added just to give it that final professional touch. The video would then be supplied as a 1920×1080 HD movie file suitable for all streaming and hosting services. 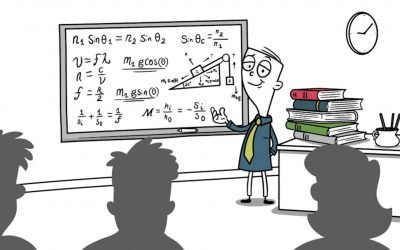 Our daily lives are unavoidably consumed by social media. We wake up and chances are within minutes we are checking our phones. Whether this is Facebook, Instagram, Twitter or TikTok, in one way or another we are drawn to social media. This is nothing new, and social... 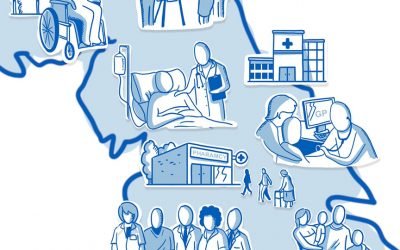 When looking for a whiteboard video company in Somerset, or for the matter anywhere across the UK or globally, there are several key things to look out for. In this article I am to cover the following 5 points, which may provide useful in your decision process when... 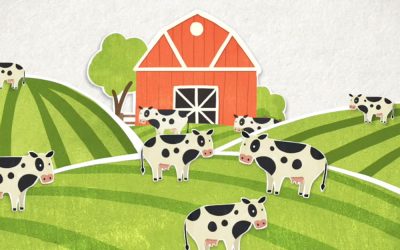 Illustrator Somerset Throughout my working life I have been based in Somerset, mostly around the Yeovil area. As an illustrator in Somerset, animator and digital artist I have had the pleasure of working for many local Somerset businesses and individuals. But also...

← What is a whiteboard video Illustrator in Somerset →
This website uses cookies to give you the most relevant experience by remembering your preferences and repeat visits. By clicking “Accept All”, you consent to the use of ALL the cookies. However, you may visit "Cookie Settings" to provide a controlled consent.
CookiesAccept All
Manage consent