The art of whiteboard videos 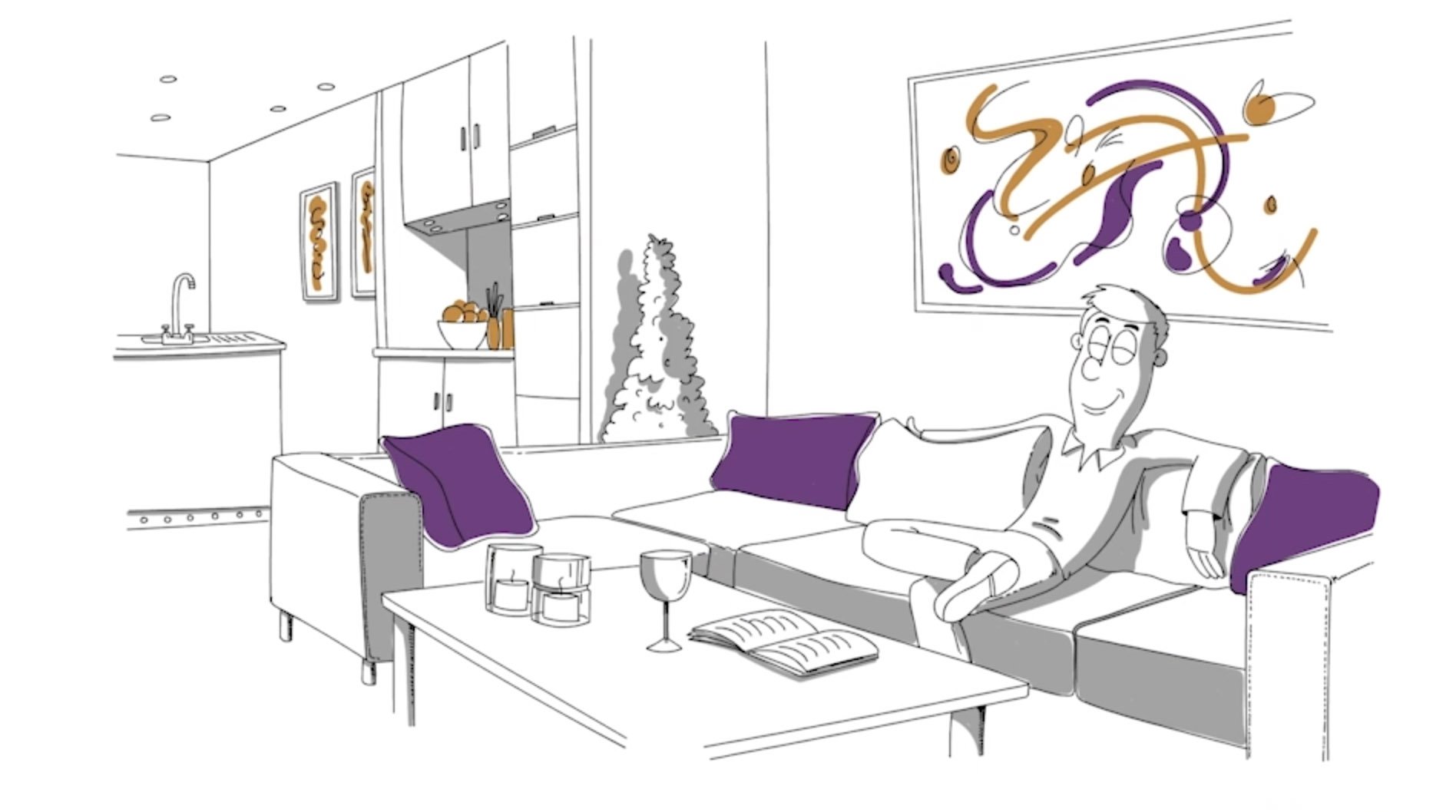 2Now some may think that creating a whiteboard video is simple, they look simple after all, and if you look on places like Fiverr, it seems someone can produce you an ‘amazing’ whiteboard video for just $5. But looks can be deceiving, and whilst the simplistic black lines on a white background look easy to create, the process of creating a ‘good’ whiteboard video starts at the script stage.

As with any explainer video production, whiteboard videos are no exception and start with a script. Typically we are supplied with either a draft script or a finalised script, either is fine and this is always our first step to understanding the project.

With whiteboard video this tends to be flipped around, if the whole scene is being drawn out to build to a final punch line, we barely have time to digest before the hand has moved on to draw something else. So normally we would want to draw a chunk of there visual quite early on into the dialogue for that scene, so the viewer has time to digest the visual before moving onto the next drawing.

Here is an example of one line of dialogue for a scene, and see how this changes visually when working in a whiteboard video style compared to motion graphic explainer style.

Script Example B for a whiteboard video

As you can see the difference between the dialogue in example A and example B is that the points have almost been flipped, allowing for the whiteboard video to draw a map of the UK and 20 stores first, so this can sit on screen for longer with just the 20% and 2019 wording on screen being drawn in at the end to finish the scene.

In the motion graphic explainer video example, as the scene can be built quicker and in a more animated way, there is no need to rely on the same amount of screen time for certain things. Whilst this rule isn’t set in stone, it is always important to consider what elements are being drawn first.

With whiteboard videos, especially, if you leave the important part of the scene to be drawn in last, then this will have less screen time, and you potentially miss the opportunity to drum the point home, or make best use of talking about a specific, important element of the scene.

This approach will lead to a more engaging whiteboard video, and minimise screen tie where the viewer is looking at a static image, or having a fleeting glimpse of what is in reality an important point.

The drawing style itself for whiteboard videos can vary, but typically this tends to be more casual and cartoony. Using black on a white background is a great first start, but we often like to mix things up. Looking at your brand it can be sometimes fun to do the main lines in a blue for example and then use another colour from your brand to act as a shading or fill colour.

Mixing too many colours within a whiteboard video can distract away too much from the whiteboard video style. So where possible we always suggest using 2 or at most 3 colours, and use them sparingly. If you wanted a heavily coloured video, then we would suggest perhaps looking at a more motion graphic style video.

← What is a motion graphic video What is a whiteboard video →
This website uses cookies to give you the most relevant experience by remembering your preferences and repeat visits. By clicking “Accept All”, you consent to the use of ALL the cookies. However, you may visit "Cookie Settings" to provide a controlled consent.
CookiesAccept All
Manage consent